Colts have Stevan Ridley in for a work out 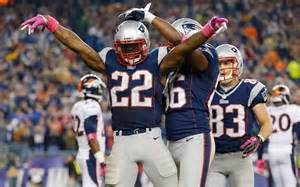 Colts running back Stevan Ridley is in Indy working out

According to a report by Mike Garafolo of NFL Network on Friday, the Colts are visiting with free agent running back Stevan Ridley, who was just released by the Detroit Lions on Thursday.

After back-to-back stellar seasons in 2012 and 2013 with the New England Patriots, Ridley suffered an ACL tear. He hasn’t been the same runner since. The 27-year-old played eight games last season with the New York Jets, but looked slow, couldn’t cut well and averaged just 2.5 yards per carry on 36 totes.

RB Stevan Ridley on a visit with the Colts today, source says. Quick move by Indy to look at the veteran after his release from Detroit.