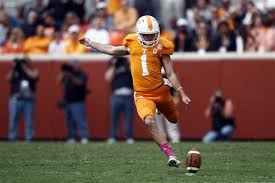 The Indianapolis Colts announced on Saturday that the team has signed punter Michael Palardy ahead of Sunday’s preseason opener against the Green Bay Packers as part of Hall of Fame weekend.

Palardy, 5-11, 191 pounds, most recently spent time with the Baltimore Ravens in training camp this season before being waived on August 3. Prior to Baltimore, he spent part of the 2016 offseason with the Carolina Panthers. In 2015, Palardy was with the St. Louis Rams during the offseason and training camp before being waived. He spent part of the 2014 season on the Oakland Raiders practice squad. Palardy was originally signed by the Raiders as an undrafted free agent on June 5, 2014.

Collegiately, Palardy played in 46 games at Tennessee and handled both the kicker and punter duties.