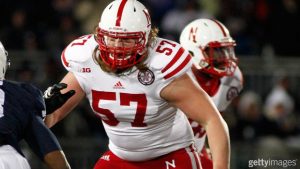 According to Terez Paylor of the Kansas City Star, offensive tackle Chiefs tackle Zach Sterup has been suspended four games for violating the league’s policy on performance-enhancing substances.

The undrafted rookie from Nebraska signed with the Chiefs after a minicamp tryout. This will likely hurt his chances of making the team, because every rep counts as an undrafted player.

The NFL announces that #Chiefs OT Zach Sterup has been suspended four games for violating the policy on performance-enhancing substances.