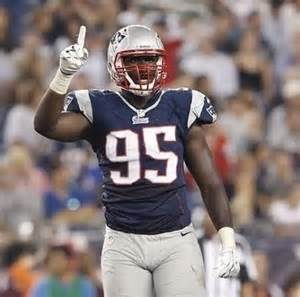 Chandler Jones was dealt in the off-season for offensive lineman Jonathan Cooper who is already banged up from practice.  Jones was a very solid player for the Patriots, and according to a report with the USA Today, Jones was so thankful he was traded to a good team.

“I called him the next day and said, ‘Hey, you could’ve traded me to any other team, so thank you for not trading me to a crappy team,’” Jones said, adding that what he actually said was more vulgar than “crappy.”

The Cardinals are a very good team, but he did say that he heard the Patriots were interested in trading him, he just took it with a grain of salt. He said after it happened though he was a little shocked.

“They’re not known for really paying guys over there,” Jones said of the Patriots. “There were rumors going around that I might be traded, but you never really read too much into rumors. When it happened, it was just a tad shocking. But I packed my bags and moved on.”