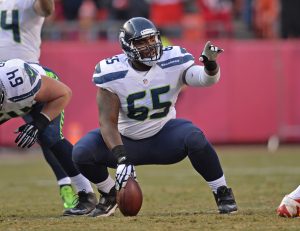 The Buffalo Bills have Eric Wood who is a pretty solid center, but they just claimed another former starting center.

In a corresponding move the team released Jamison Lalk.

Today the Bills were awarded Patrick Lewis from the Seahawks via the waiver wire. Lewis, 25, has been with the Seahawks the past two seasons appearing in 16 games with 13 starts. In 2014 he started in place of then Seahawks starting center Max Unger, who was injured at the start of that season. After making four starts in 2014, Lewis also started nine times last season for Seattle.