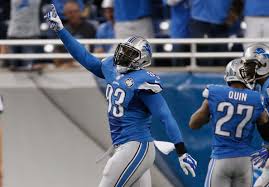 Buccaneers DE George Johnson has been placed on the I/R

The Tampa Bay Buccaneers announced on Friday that defensive end George Johnson has been placed on injured reserve.

According to Jenna Laine of ESPN.com, Johnson suffered a hip fracture in Thursday’s practice and calls a 16-week absence the “best-case scenario.”

The Buccaneers traded the Lions to land Johnson, but he has not been very good. He was benched after three games with the Bucs, and did not register a sack with the team throughout 11 games. By placing him on the I/R, Johnson will be out the entire season.