Broncos are hosting DT Henry Melton for a visit 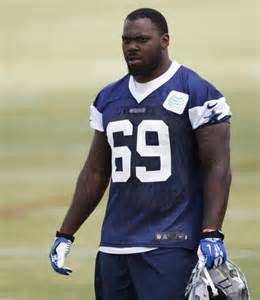 Henry Melton is working out with the Broncos today

Former Tampa Bay Buccaneers defensive tackle Henry Melton is working out for the Denver Broncos according to Pro Football Talk. Melton could be used in a reserve role with Derek Wolfe injury his ankle and Vance Walker getting hurt and being out for the year.

Melton played in all 16 games for the Buccaneers last season, posting 30 tackles and two sacks in a reserve role. He had five sacks for the Cowboys in 2014 after recovering from a torn ACL that cost him most of the 2013 season for the Bears.

Melton was a sack master from the defensive tackle position when he played for the Bears back in 2011-12.  He has since been a very solid reserve option, and the Broncos could use him.