Breaking: Darren Sharper has been sentenced to 18 years in prison 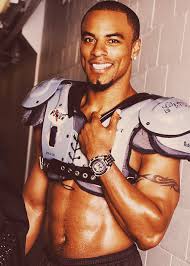 Darren Sharper admits he was a raper.

Former NFL star Darren Sharper has been sentenced to 18 years in prison in a case where he was accused of drugging and raping as many as 16 women in four states.

Judge Jane Triche Milazzo sentenced Sharper on Thursday. He had pleaded guilty or no-contest to charges arising from the allegations of drugging and raping women in federal court in New Orleans, and state courts in Louisiana, Arizona, California and Nevada, according to the Associated Press.

This is a huge blow to the NFL who had Sharper on a high horse before this incident.