Antonio Cromartie’s Mother claims her son is trying to evict her from her house; What do you think? 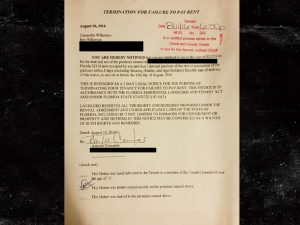 Antonio Cromartie has been in the NFL for a long time, and earned millions, but the former Florida State standout is now being blamed by his own sister and Mother that they are going to get evicted from their house if he doesn’t pay the bill.

According to TMZ Sports, Cromartie who is currently unemployed asked his Mother to pay the bills on the house in  February.

Gardner (Cromartie’s sister) claims … Cromartie bought the house and paid for everything for years — but the gravy train stopped in February when he asked his mother to pay the $700 per month mortgage bill.  We’re told the mother refused — insisting Cro, who’s made millions in his career, should pay since the house was supposed to be a gift. Cro’s mother needs to be out by August 15th … UNLESS she forks over a check for $2,310 in back payment.  Gardner says she has set up a GoFundMe page to raise money for her mother.

Cromartie on the other hand feels his Mother can make the payments according to a rep of his via TMZ.

“His mother has been paying the mortgage on the house since 2011. That’s the deal they have in place.”

“It wasn’t until June that she refused to make any payments.”

Cromartie does have 12 kids in his defense, so we all know that is not easy.