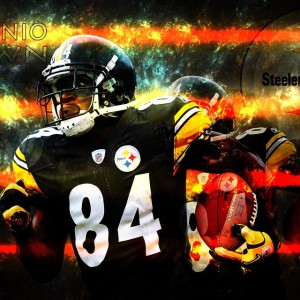 Jeremy Fowler of ESPN.com reports that the Steelers and Drew Rosenhaus, who represents receiver Antonio Brown, are talking about the player’s contract.

Brown, who’s due $6.25 million in the fifth year of a six-year, $43-million contract, said after Sunday’s practice that the franchise should give him a new deal.

The money leaves Brown outside of the top 10 in wide receiver pay despite an NFL-record 265 catches from 2014-15, according to Fowler’s report.

The Steelers said they do not like dealing with a players contract when he has two years remaining, but this is Antonio Brown. You get that deal done, son.