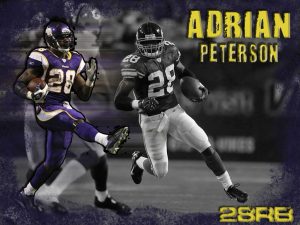 Adrian Peterson the Minnesota Vikings running back lost a battle to the NFL today according to multiple sources. In today’s ruling, the 8th District Court of Appeals made it very clear that the language of the player contract is pretty clear on this matter:

“The Commissioner is the chief executive officer of the NFL. Article 46 of the Agreement authorizes the Commissioner to impose discipline for ‘conduct detrimental to the integrity of, or public confidence in, the game of professional football.’ The standard NFL player contract further acknowledges that the Commissioner has the power ‘to fine player in a reasonable amount; to suspend player for a period certain or indefinitely; and/or to terminate this contract.’ The Agreement does not define ‘conduct detrimental’ or prescribe maximum or presumptive punishments for such conduct.”

Peterson will have to repay 6 NFL game checks to the NFL after losing the appeal.  This once again makes the NFL and Roger Goodell look like they know a little something.