Tonight we look at a player who will be eligible for the 2017 NFL Draft after completing his Junior season, so this report will assume that he will enter the draft, while in reality there is aa chance he would return to school.2017 NFL Draft Scouting Notes: 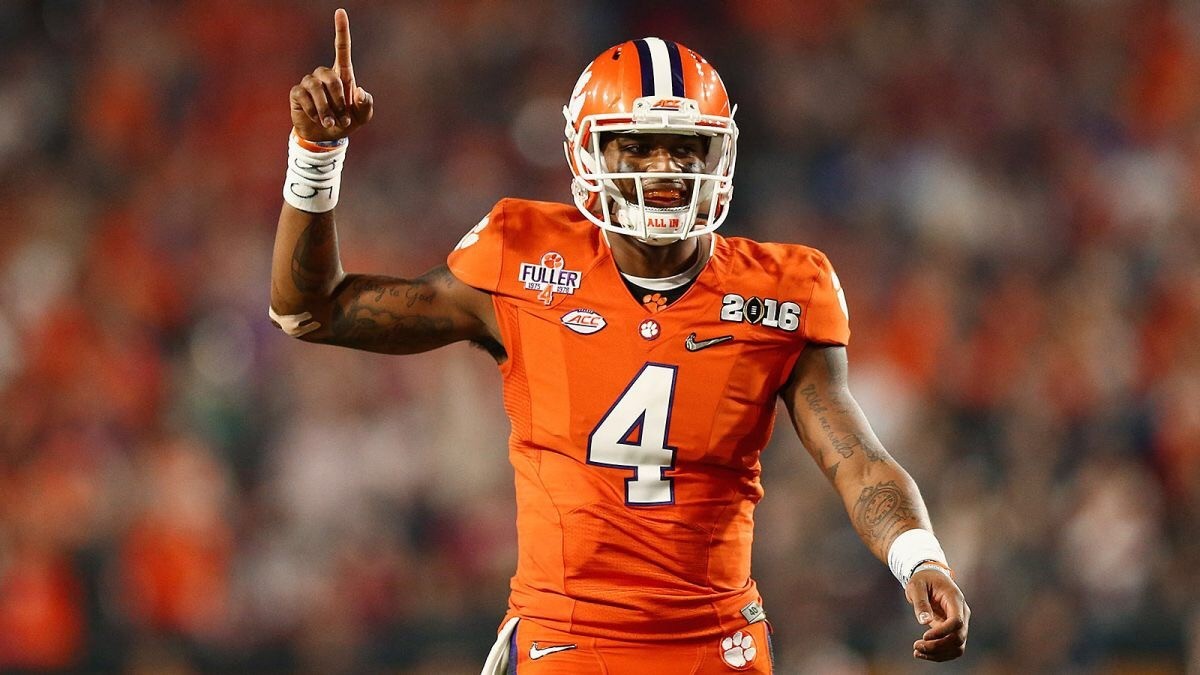 2) A very good athlete at the QB position.

3) Has a very strong arm, can make every throw on the field.

4) Can throw on the run very well

6) Has the ability to extend plays in the pocket and gain yards with his legs.

1) Plays mostly out of shotgun, will have adjustment period huddling up

3) Accuracy is usually good but can be inconsistent at times.

Deshaun Watson is the type of athlete that will make some general managers drool come draft time. At 6’2 207 LBs, he is a super athletic QB who can hurt you with both his arm and his legs. Watson has a very strong arm and can make every throw on this field. He plays with usually good fundamentals, setting his feet and stepping Into his throws, even when he is on the run he will usually square himself up before throwing the ball. His accuracy while pretty good could improve. Watson also excels in running the ball. With good speed and elusiveness he can be a threat to gain big yardage at any time. His freshman year Watson tore his ACL, and his style of play, often pulling the ball and scrambling around, in my opinion can increase the risk of re injury as opposed to a strictly pocket passer. In 2015, having recovered from his injury he led Clemson to a 12-0 season, and a trip to the national championship game, where he threw for 405 yards, 4 TD’s,and rushed for 73 yards in a losing effort. He finished the season completing a whopping 67.8% of his passes for 4109 yards, 35 TD’s, 13 INT’s, and rushed for 1,105 yards ( a 5.3 average) and 12 TD’s. It’s easy to see why NFL GM’s would be excited about this prospect, with a productive and healthy season I would expect Deshaun Watson to be the first QB taken in the draft.

This piece was written by Lijah Spencer one of our Draft Scouts. Follow him on Twitter @Tweaked74