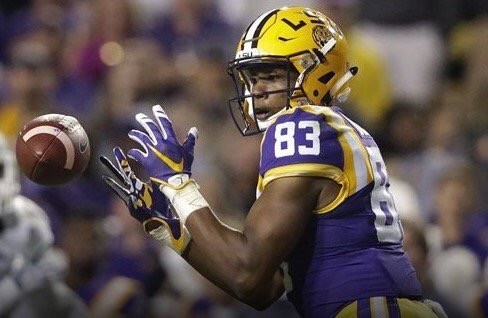 1) Not a great route runner

Travin Dural is a receiver who possesses a lot of talent, but has had limited production to this point. At 6’2 203 Lbs he has the size the NFL is looking for. He has good to very good speed, and is a dangerous runner in the open field who can make guys miss or break their tackles. Dural has good soft hands and shows the ability to go up and catch the ball at its highest Pont in traffic. Dural needs to improve his route running, and it doesn’t look as though he’s asked to run the whole route tree at this point. He is a good blocking WR as well. In 2014 he played 13 games, had 37 catches for 758 yards and 7 TD’s. But in 2015 he only played 9 games, had 28 catches for 533 yards, and only 3 TD’s. Dural’s production has suffered from injury issues and from the type of offense his team runs. LSU has possibly the best RB in the college game, and they feature him in the offense. If this year Dural can stay healthy, sow the ability to make big plays, and possibly show improved route running, then he will considered among the top WR’s in the draft. As of now I would have an early to mid round grade on him.