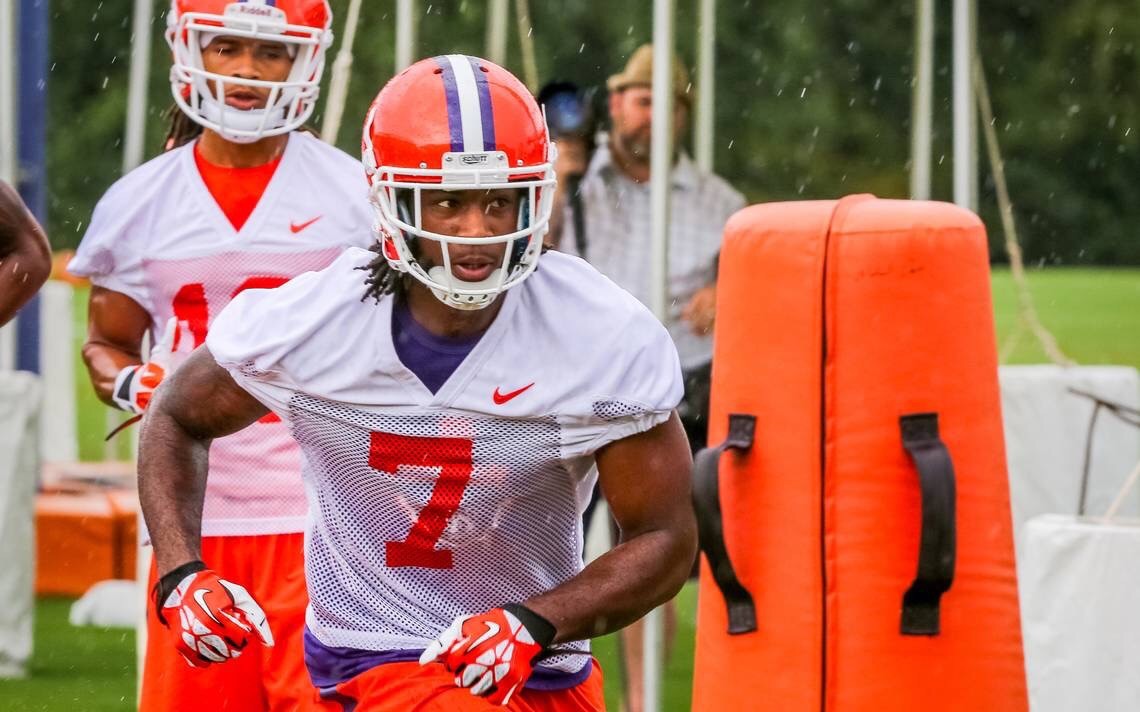 1) An ok blocker, needs to improve.

Mike Williams is one of the top wide receivers in the country, but does that mean he will be a high draft pick? Williams is a big athletic receiver standing at 6’4 and weighing 210 Lbs. He has good speed, often outrunning his defender on deep passes and is a good route runner which will help him get open. Williams has good hands, he shows the ability to make a diving catch, and also show ability to beat press coverage. He is a decent run blocker, but he will need to improve this at the NFL level. His injury history, while not extensive may be a bit concerning to some general managers. Williams broke a bone in his neck in the season opener last season, and obviously missed the rest of the year. In 2014 when he was healthy and played 12 games he caught 57 passes for 1,03 yards and 6 TD’s. Williams is in a dynamic passing offense with likely the top QB in next years draft (Deshaun Watson) throwing him the ball. If this season Williams can show that he has fully recovered from his injury, and be a productive big play receiver for an explosive offense, then Williams should be a high draft pick along with his QB. At this point I have an early round grade on him.