16,000 people have signed petition to change the name of the Bengals 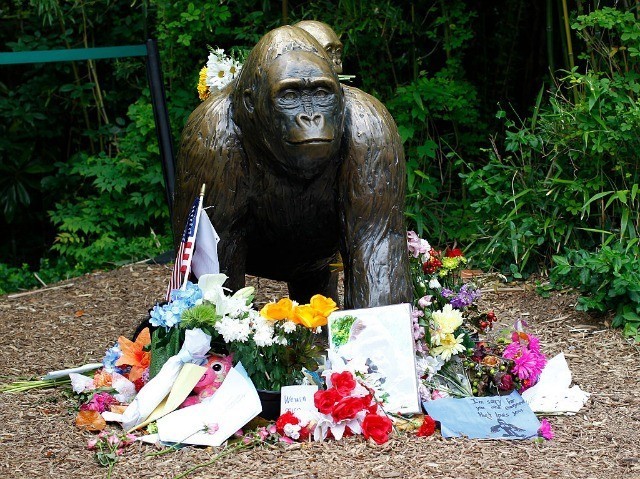 The Cincinnati Harambes? Get the heck out of town

The people from Cincinnati are something else.  According to a petition online, some fans have raised 16,000 signatures hoping to change the name of the Bengals to the Harambes.

On May 28, 2016, a three-year-old boy climbed into a gorilla enclosure at the Cincinnati Zoo and Botanical Garden and was grabbed and dragged by Harambe, a 17-year-old Western lowland gorilla. Fearing for the boy’s life, a zoo worker shot and killed Harambe. The incident was recorded on video and received broad international coverage and commentary, including controversy over the choice to kill Harambe. Jane Goodall, a leading primatologist and conservationist, believed the killing was justified under the circumstances, and that it highlighted the danger of zoo animals in close proximity to humans and the need for better standards of care.

So now it sounds like pet lovers want the team to change their names.  What do you think?