Vikings quarterback tried to kick open a door and injured himself 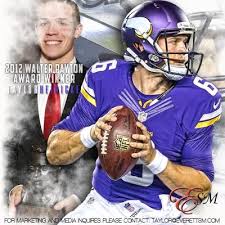 Taylor Heinicke injured himself in a very bizarre way. The former Old Dominion quarterback was trying to kick open a door after returning from a late night movie and realizing he was locked out.  The problem was he kicked through the window and severed a tendon in his left foot. The former ODU star talked about it, but will likely miss several months trying to rehab it.

“I was locked out of my house after a late-night movie,” Heinicke said via the Pioneer Press. “I came back and there’s no one home, and I’m trying to nudge the door a little. It was one of those double doors. I thought it just needed a little nudge.

“Me and my buddy were getting it going a little, but when I put my foot to the door, my foot kind of slipped and it went through a window. It was just kind of a freak accident. I’m very embarrassed, but I’m just excited getting going with rehab and trying to get this going as soon as possible.”

The Vikings could be a team interested in signing Nick Foles now that Heinicke is injured.