Steelers and Lawrence Timmons are not close to a new deal 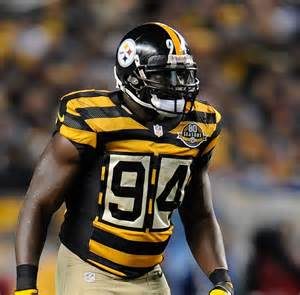 Pittsburgh Steelers and linebacker Lawerence Timmons were supposedly working on a new deal that would keep Timmons in Black and Gold longer, but those talks have slowed down.

Mark Kaboly of the Pittsburgh Tribune-Review reports that the two sides are “not close” to a new deal and that the Steelers’ aversion to in-season negotiations would leave him on track for free agency if that remains the case.

Timmons is the Steelers best linebacker, and hopefully the two sides can strike a deal, but as of right now, the two parties are not close.