Reggie Bush says the BIlls are his most known opportunity, but he has not made a decision 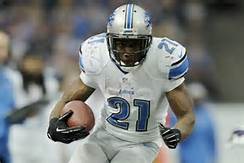 Reggie Bush continues to look for a new home in the NFL, and in the meantime he recently sold his house in Detroit. Reggie Bush sold his house in Birmingham, Mich., for $1.9 million. While Bush has not made up his mind yet on where to play he did say the Buffalo Bills are giving him an opportunity.

“I know everybody’s been texting me and asking about Buffalo, but as of right now, I haven’t made a decision. But if the opportunity is there, obviously, Buffalo is the most known one right now,” Bush said, via USA Today. “But we’ll see. I’m still trying to figure out what’s going to be the best opportunity for me and my family.”

Bush better hurry up and take the offer on the table before the team runs out and signs former legend Fred Jackson, who his former teammates are lobbying for in Buffalo.