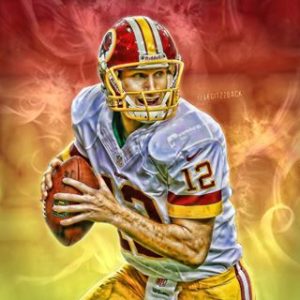 The Redskins would like to lock up Cousins, but they may have to wait until after the season to make him another offer. We will see how bad they truly want to lock him up.

“Like I said, it’s part of the business that I don’t like at all, just because you want to take care of your own no matter what,” McCloughan recently told SiriusXM Bleacher Report Radio, per The Washington Post, when asked why so many tagged players don’t wind up with long-term deals. “And there’s a reason why you do franchise them, because you respect their talent and their abilities. But the market’s the market, and some teams will do certain things that throw the market off, so then you’ve got to step back and say, ‘Okay, who do we have next year? (Are) there three to five to seven guys that we want to extend prior to the last year of their deal, or do we want to go after one and know we’re going to lose three or four next year?’

“So it’s a fine line, and like I said, it’s tough, but that’s why we do this,” McCloughan said. “It’s the market. The NFL’s a phenomenal, phenomenal entity, and the money’s incredible. But the way I look at it is I want Kirk in a long-term deal, no doubt about it, but also I’m not gonna put our franchise in a situation where we’re gonna lose three or four younger guys that I think are gonna be good football players for one guy. I won’t do it. You know, that’s just how it is.”

“The quarterback position’s very, very important, but you know what, so is every other position,” McCloughan said. “We need football players. We need multiple football players, not one.”