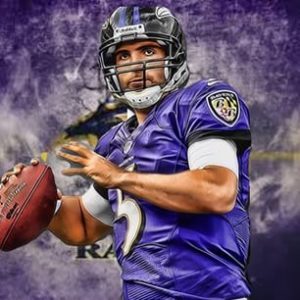 Joe Flacco is 100 percent? His wide out believes so

Last year Joe Flacco injured his knee and now the former Delaware Blue Hen is trying to rebound from his first real injury in the NFL.  His wide out Kamar Aiken was asked how Flacco looked on the Ravens website and he said Flacco looks like he is 100 percent.

“He looks like regular Joe to me,” Aiken said last week, via the Ravens‘ official website. “He came back in and looks the same — the exact same. … He looks 100 percent to me.”

Prior to the injury, Flacco had started 122 consecutive regular-season contests. It looks like Flacco will be ready for week 1.

“He definitely recovered mighty fast for anybody coming off an ACL, as far as not having any limp or lags,” Aiken continued. “He did surprise me that he looked like his regular self. I didn’t expect it, but I wouldn’t put it past him at the same time.”