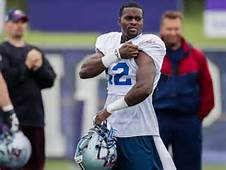 Wallace, the veteran free-agent acquisition for the Ravens, passed the mandatory conditioning test and joined his teammates for the second full-squad practice of training camp.

Fellow wide receiver Dobson Collins, the Canadian Football League veteran who was signed Wednesday, also passed the test and was practicing for the Ravens. He most recently played for the Montreal Alouettes of the Canadian Football League. He was originally signed by the San Francisco 49ers as an undrafted free agent in 2009. He played college football at Gardner-Webb. Collins has also been a member of the Philadelphia Eagles, BC Lions, Edmonton Eskimos, Hamilton Tiger-Cats, and Ottawa Redblacks.