The New England Patriots safety was one of 12 players selected to United States national rugby sevens team that will compete in the 2016 Summer Olympics next month in Rio de Janeiro. 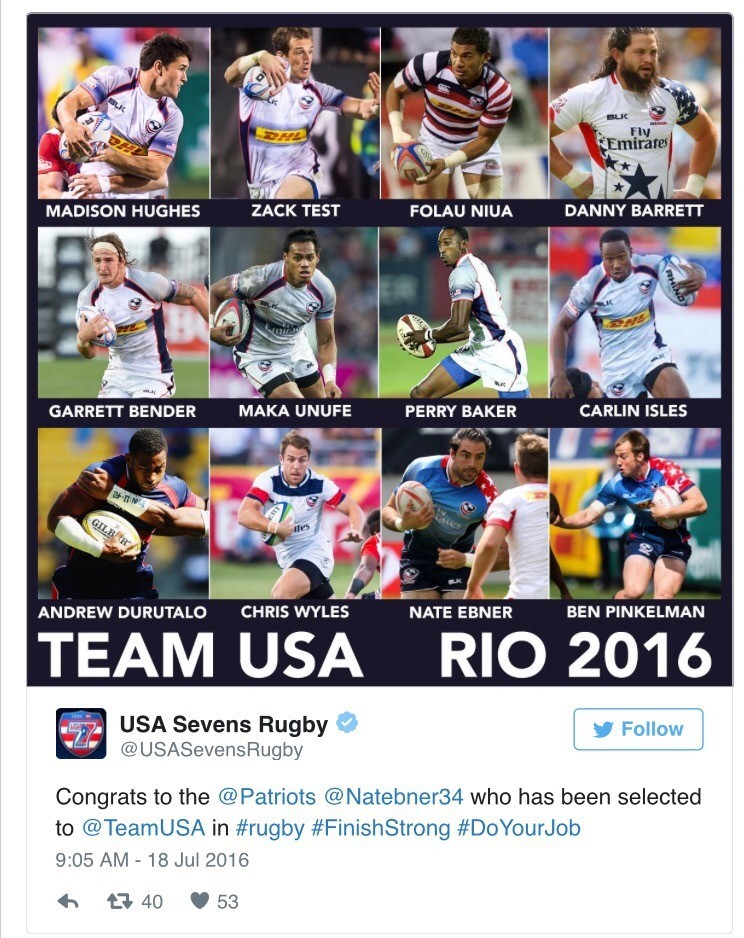 Ebner, a rugby standout before converting to football during his junior year at Ohio State, has been on leave from the Patriots since March. Ebner is the only current player on an Olympic team. Several others could not qualify, while former first rounder Jahvid Best did qualify.