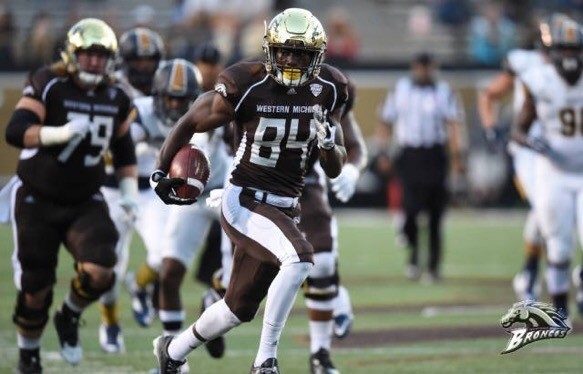 Corey Davis is a relative unknown to the casual college football fan. However, if you happen to come across a Western Michigan football game this fall, #84 is sure to catch your eye. A rising Senior from Wheaton,IL, Davis could be considered a Top-5 WR prospect by the 2017 NFL Draft. With a pro ready body and fly paper for hands, Davis has the ability to become a go to target over the top of a defense, or through the middle of the field. Of course, playing at the MAC level will require some fine tuning coming into the League. With above average speed (should run in the low 4.50s), solid body control, and the willingness to get the 50-50 ball; Davis looks the part of a long-time starter in the NFL. Expect Davis to surpass his 2015 numbers: 90 catches, 1,436 yards (16.0 ypc.) and 12 TDs, as the Broncos fly high again in 2016-2017.