Jason Peters says the Eagles practiced too much under Chip Kelly 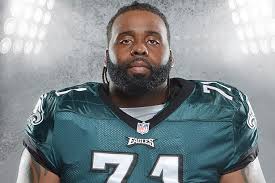 Jason Peters says the Eagles practiced too much under Chip Kelly

Jason Peters was not a big fan of Chip Kelly or his practices when he was the Eagles head coach.  The Pro Bowl offensive lineman says that the practices were intense under Kelly.

“The same practices that we did in training camp were the same spring practices, exactly the same, so it’s pretty much we had training camp the whole offseason,” he said, via Andrew Kulp of CSNPhilly.com. “Even OTAs were the same exact practice. It kind of wore us down.”

Peters said Kelly’s system was too easy for opposing defenses to figure out. Though, he did say the Eagles’ struggles can’t be blamed solely on that.

“[The coaches] call the play, and we execute it,” Peters said. “But when the [opponents] know, and they’re professionals too, and they know what the play is, it’s tough.”