Dallas Cowboys running back Ezekiel Elliott has been accused of assaulting his former girlfriend, and the woman shared photos of her alleged injuries on social media Friday.

On Friday morning, a woman named Tiffany Thompson shared a series of photos on Instagram claiming she has been abused for months. The photos showed bruises and marks on her legs, arms, neck and hands. She tagged Elliott’s Instagram handle in one of the posts.

According to a police report obtained by TMZ, a woman claiming Elliott was formerly her live-in boyfriend told Columbus police on Friday morning that Elliott assaulted her while she was sitting in the driver’s seat of her parked vehicle. Police who responded to the scene noticed a red mark on the woman’s wrist and said she reported being in pain, though she refused treatment. 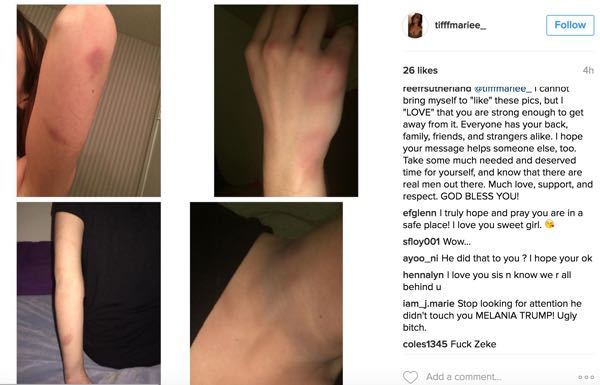 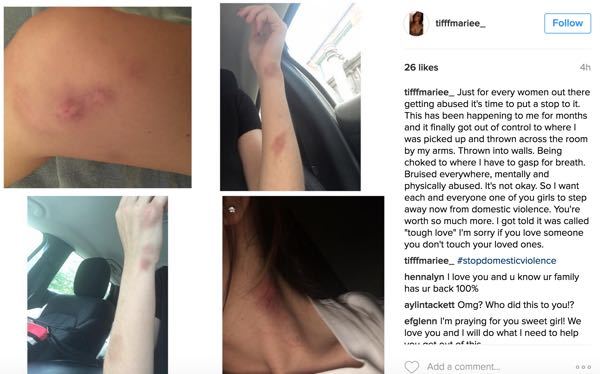 The NFL has already launched an investigation into the Ezekiel Elliott alleged domestic violence situation.

“We begin a review when we become aware of a potential violation of the personal conduct policy,” the rep explained.