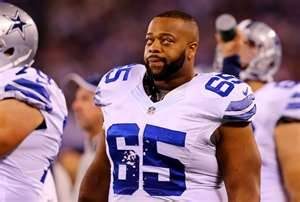 According to Brandon George of Sports Day, the Dallas Cowboys are unlikely to trade offensive lineman Ronald Leary, but would listen to offers.  The way it sounds is Leary is not expected to be traded because of the asking price.

Leary, 27, lost his starting job early last season to Collins, who was touted as a player with first-round talent but went undrafted in 2015.

Leary, who went undrafted in 2012, started all but one game for the Cowboys in 2013 and 2014 before Collins emerged a year ago.