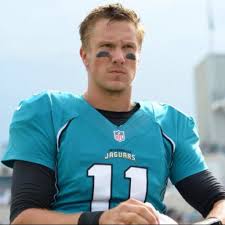 Gabbert could have been the Panthers QB

When talking to the San Jose Mercury News, Panthers head coach Ron Rivera talked about the 2011 NFL Draft and how the Panthers were on the fence about Cam Newton and Blaine Gabbert.  This is a very interesting story and it makes you wonder if the Panthers had went the other direction.

“Remember, we had the No. 1 pick, and we were talking quarterback,” Rivera said, via the San Jose Mercury News. “And it came down to Cam Newton and Blaine Gabbert. Those were the two guys we targeted and looked at, and looked at really, really hard.”

“I got to interview both guys, and we really studied Blaine,” Rivera said. “I can see where Blaine could really capture the room. He’s likeable. He’s high energy. Big effort. Not satisfied.”

“When we worked him out, if he didn’t do something right, he’d say, ‘Let me do this. I’m going to show you I can do this.’ And he’d go back and do it again,” Rivera said. “That was one of the things that impressed me about him … We spent a lot of time on him, we really did.”

Gabbert went 10th overall to the Jaguars. He has a 71.9 career passer rating over 35 starts with Jacksonville and San Francisco. Newton on the other hand has been a lot better…..