Aldon Smith has checked into rehab

According to TMZ Sports, Raiders linebacker Aldon Smith has checked into rehab days after posting a video on social media of himself smoking a blunt. This comes after he denied use. 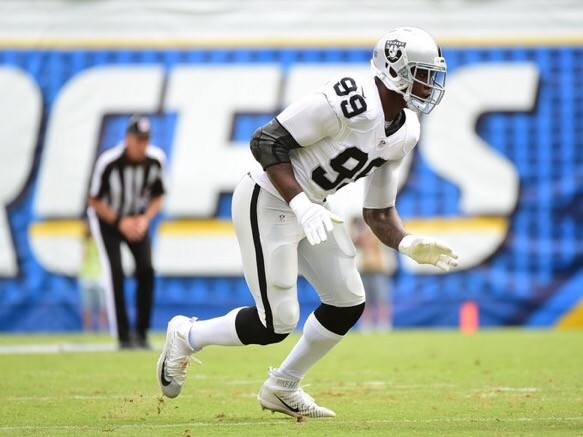 “Unclear exactly what Smith is seeking treatment for — but the move comes days after the Oakland Raiders star denied being in a video that appeared to show him with a blunt.”

Smith, who has been posting videos to the Periscope account @ravenga, posted a “fire-up session” recently that caught the attention of the NFL. At one point at the end, he says “It’s not like I put Aldon Smith…” in the account biography. What a dummy…..