Tonight in Scouting Notes we take a look at one of the most explosive playmakers in the upcoming NFL Draft. 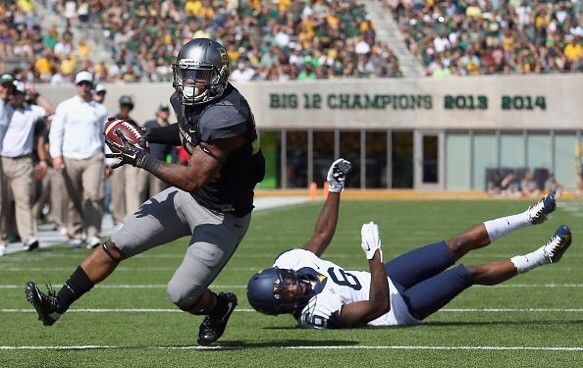 5) He is a solid pass blocker.

1) At only 5’9 he will be considered undersized for the NFL level.

2) Durability, Can he withstand the punishment of the NFL game?

Shock Linwood is easily one of the most explosive playmakers in this year’s NFL draft. He runs with good power, showing an ability to often run through arm tackles. He also has game changing speed with the ability to “shake n bake”, change directions, and generally just make guys miss. In 2015 he carried the ball 196 times for 1,329 yards and 10 TD’s for a 6.78 yard per carry average. In the NFL Linwood will likely play some special teams, which he could excel at. If he has a a ultra productive season this year, it will be hard for general managers to not take him somewhat early in the draft, but if he is injured, or for some reason his production drops off, he may fall to the mid to late rounds. Be sure to check back in the future for the full scouting report on Shock Linwood.