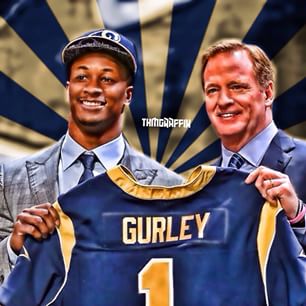 Todd Gurley was a very productive rookie running back in 2015, but the 231 pound back is trying to gain some stamina. In a conversation with Nick Wagoner of ESPN, the former Georgia back talked about his extensive training where he has lost 10-15 pounds.

“I don’t know what happened this offseason,” Gurley said via ESPN’s Nick Wagoner. “I was just losing weight. It’s probably just having the first offseason not doing anything for about a month or two. I feel fine how I am. I’m not going to add weight.”

He only played in 13 games last season but managed to rush for 1,106 yards and 10 touchdowns.