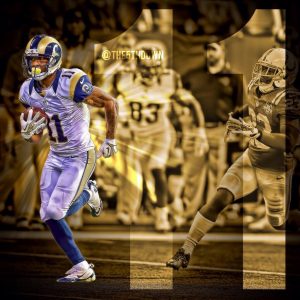 Rams wide out Tavon Austin could double his receptions in 2016

Tavon Austin is one of the most explosive football players in the NFL and his head coach would like to get him the ball more than last season.  Head coach Jeff Fisher, told Rams reporter Dani Klupenger, said he could see Austin’s production double in the passing game this upcoming season.

“When it’s all said and done, we’re going to look back and, I think, see Tavon maybe doubling the number of catches he had last year,” Fisher said.

Austin had a career high 52 receptions last season, so if he was to double his production that means he would be over 100 receptions. That would be a monstrous year for the former 8th overall selection of the 2013 NFL Draft.