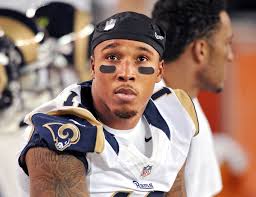 A few months ago, Stedman Bailey the former West Virginia standout wide receiver was shot in the face in Miami.  Today just a few months later the Rams are releasing him.  Bailey would have a very hard time playing if he did return to the NFL, but I would not be surprised to see him come back as a coach.

Bailey had caught 12 passes for 182 yards and a touchdown in eight games during the 2015 season. In his three year career, Bailey has caught 59 passes for 843 yards and two touchdowns in 38 games — all for the Rams.