Did Jarryd Hayne retire from the NFL because Chip Kelly’s playbook was too hard? 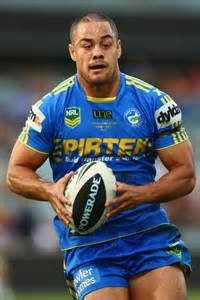 Jarryd Hayne has retired from the NFL

Jarryd Hayne has retired from the NFL and went back to Rugby, but now in an interview the former Rugby star admitted why he walked away from the league, and one of the biggest issues for him was Chip Kelly’s playbook.

“I just think with Chip’s playbook, it’s such an intense playbook that it would just take too much time,” Hayne said in an interview with the Sydney Morning Herald.

“Me not having that college history, I think a lot of the guys adapt to it a lot faster because they’ve had the college playbooks at thought. I was always behind the nine ball just learning in general. The guys playing in college were just that far ahead.

It is not easy, especially when a coach has so many things in his back pocket.