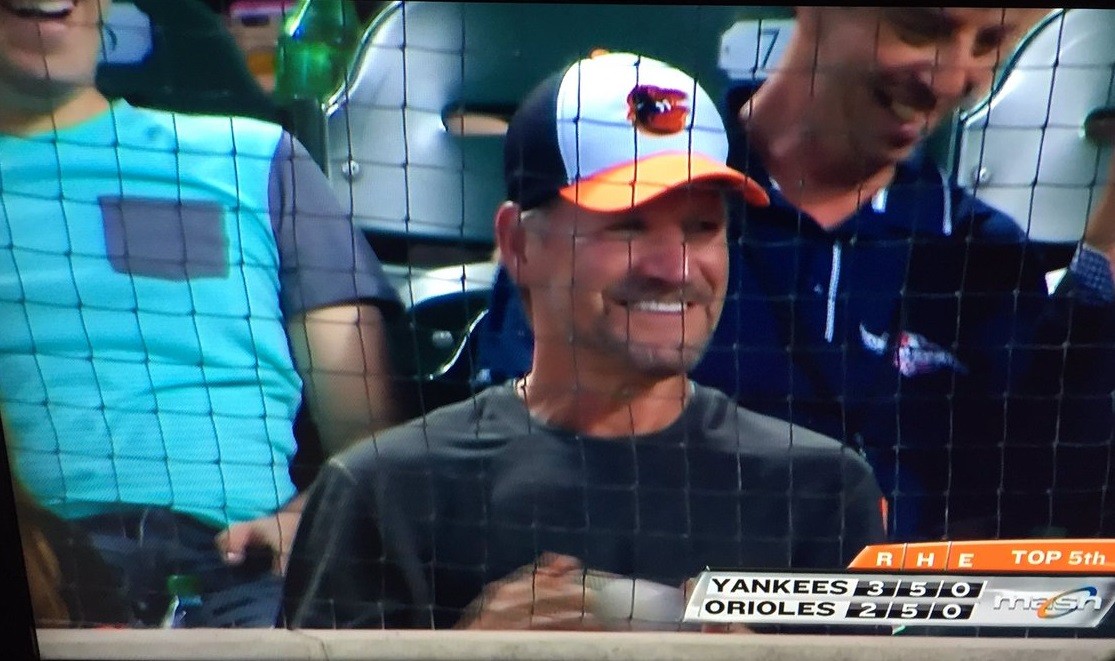 Pittsburgh Steelers fans and Baltimore Ravens fans do not get along. That is a very well known fact, and today when former Steelers coach was shown on the Jumbotron at the Baltimore Orioles game the fans booed him.

Bill Cowher shown on the big screen in his Os hat. He was still promptly booed. He smiled thru it and put thumbs up

Even though the former Steelers coach was supporting the Orioles at Friday’s Orioles-Yankees game at Camden Yards, the crowd still showed their hatred. He was even wearing an Orioles hat….Wow tough crowd.