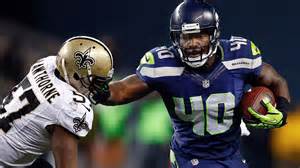 Former Seattle Seahawks fullback Derrick Coleman has been charged with felony hit and run and vehicular assault. As a result, he could be facing 12-14 months in jail, per Stephen Cohen.

Coleman is currently a free agent after his 3-year, $1.485 million contract with the #Seahawks expired in March.