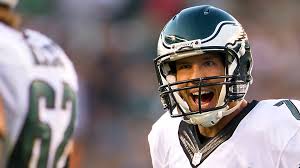 Sam Bradford is pulling away from the others in OTA’s

This week there had been reports that Carson Wentz was learning the Eagles new offense faster than Sam Bradford.  Well according to the Eagles new head coach Doug Pederson, Bradford is in the driver’s seat.

I am sorry Eagles fans I know you really wanted to see Carson Wentz.

Doug Pederson on QBs: “Its still a competition. Sam has taken this thing and run with it.” #Eagles

Doug Pederson says he thinks Sam Bradford has separated himself from other QBs with play in OTAs. #Eagles