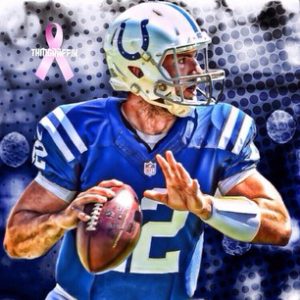 Andrew Luck will be a very rich man pretty soon

According to Ian Rapoport of NFL Media Insiders, the Indianapolis Colts and Andrew Luck are working on a massive new deal that could pay Luck an average of $25 million per season.

“Slowly, over the course of several conversations since February, the two sides have moved closer on the terms of a potential deal that would no doubt make Luck the highest-paid player in league history,” Rapoport writes. “There would be no surprise if Luck’s deal reached the $25 million mark on a per-year basis, given his age, productivity and leverage.”

Luck would become the highest paid quarterback in the NFL.  I think the Colts have to lock up Luck. They are not wrong for this deal.