Zach Mettenberger’s chances of becoming a starter are not good 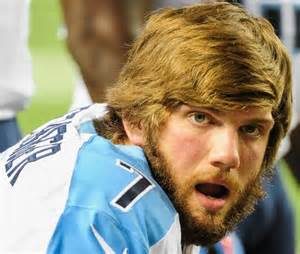 Will Zach Mettenberger ever get another shot to start?

The Tennessee Titans released Zach Mettenberger yesterday, and while it was a shocker, the bigger shocker might be the news that Kevin Siefert broke on ESPN.

The Titans former gunslinger does not have a great shot at starting after being released by the Titans according to the statistics.

NFL teams selected 62 quarterbacks in the six drafts between 2010 and 2014. Of that total, 21 were waived before the start of their third seasons. Only one — Brandon Weeden — has gone on to start an NFL game with another team. (The seven-man class of 2015 remains intact with original teams.)

While we know the Brandon Weeden start did not go well, maybe Weeden will have better luck.