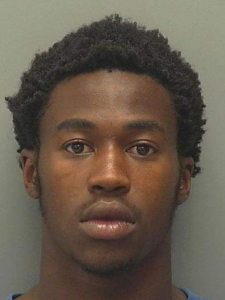 We are always talking about social media and how it can be a horrible thing. Well we want to give you another example young kids.  One of the best running backs in Florida High Schools was arrested after a video went viral of a young girl allegedly having sex with more than 20 boys in a school bathroom was posted on social media.

William Scott, 16, plead not guilty to cruelty toward a child, allowing a child to engage in a sexual act and possession of obscene material. A judge ordered him on 21 days of home detention and he is barred from entering school grounds during the time and is not allowed to have any contact with anyone under 15.

Scott is the first person arrested in the alleged incident, which reportedly involved a 15-year-old girl and up to 25 boys. At least several of the boys are said to be members of the football team in South Myers, and Scott is considered one of the best high school running backs in southwestern Florida, according to NBC affiliate WBBH.

He played for Bishop Verot for two seasons and was expected to suit up this fall at South Fort Myers. He was suspended for two games during the 2015 season but still managed to run for nearly 1,500 yards in eight games.