Chance Warmack says his former OL coach was not qualified to coach him; He may be overqualified 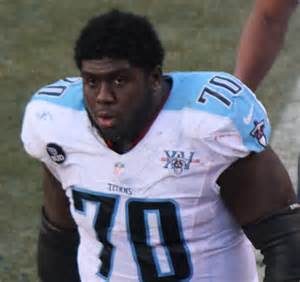 Chance Warmack needs to wake up. He is horrible and that is his fault. You can’t make a horrible OL better, Sorry

Chance Warmack has not been the best offensive lineman in the NFL since entering, so it is bad when he has something to say about his coaching, but when he was asked about why he has been struggling, Warmack quickly threw his former coach under the bus.

“I had one dude who played D-III football at linebacker. And he’s teaching me how to play offensive line? If there’s nothing wrong with that, you tell me,” Warmack told Pete Prisco of CBS. “I play offensive line. I don’t play linebacker. I definitely didn’t play D-III football. Not knocking D-III schools out there. We’re talking about the highest level of football in the world. And you have a guy who has never put his hand in the dirt teaching me how to block. You don’t think there’s anything wrong with that? I appreciate a coach who is open-minded to questions and comments. They don’t want to hear a question that questions their philosophy. When they are closed-minded, it stunts the growth of the offensive lineman.”

Warmack wouldn’t mention the coach by name, but he was obviously referring to former Titans offensive line coach Bob Bostad. Bostad actually has way more experience that Warmack is aware of.

So I guess Chance Warmack needs to look in the mirror as he struggles. Stop trying to blame coaching, blame yourself.