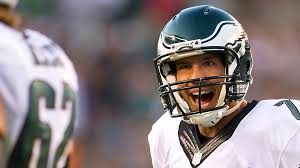 Sam Bradford’s agent is killing him. He better ball out this year, or else those fans in Philly are going to crush him.

A sports agent has to do quite a bit of things for a player, but the number one thing is to help him build his brand.  Tom Condon is known in the NFL as a pretty solid agent that has repped some pretty amazing players, but lately he really has been hurting his client Sam Bradford.

Sometimes it is okay to put a sock in it. Yesterday in an appearance on The Rich Eisen Show, agent Tom Condon confirmed that the goal was to get Sam Bradford to the Broncos, with the Eagles trading up for Carson Wentz.

“We thought we had a chance to go to a really good football team and be there for a long time,” Condon explained. “And that opportunity was there and actually the attempt was made.

That statement alone make it sound like Sam Bradford himself feels the Eagles are not a really good football team.  First Condon made it look like Bradford was scared of competition and then made him look like a sourpuss to return to Philly without a hold out.  Now he goes to the public and takes a shot at the hardest football fans and team in the NFL?  What the heck is he thinking?