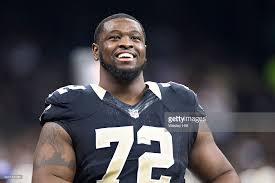 Saints have signed Terron Armstead to a five year extension

According to Josina Anderson, the New Orleans Saints have signed offensive tackle Terron Armstead to a five year extension.

Armstead was drafted by the Saints in the third round of the 2013 NFL Draft. He played college football at Arkansas–Pine Bluff.

At the 2013 NFL Combine, Armstead ran a remarkably fast 4.71 sec 40-yard dash, which is the fastest 40 yard dash time of any offensive lineman at the combine since it first began in 1982.