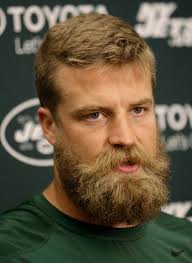 Ryan Fitzpatrick’s contract situation is getting uglier by the second

The New York Jets reportedly offered Ryan Fitzpatrick a contract worth 3 years and 24 million dollars, and now the situation is starting to get uglier. According to Jeremy Fowler, appearing on ESPN’s SportsCenter, said he expects this impasse to “get uglier before it gets better.” He also said “let’s call it Fitz and the tantrums.”

“…you gotta get the guy above $10 million (per year), because look at the quarterback landscape,” Fowler said. “If you’re not a Browns quarterback or rookie, you’d be making more than Ryan Fitzpatrick’s average of $8 million a year. Think about Nick Foles. He has no chance to play this year, and he’s going to make $12 million. So you have to get the money to somewhere respectable. It’s not about making a competitive offer. It’s about not insulting a guy who threw 31 touchdowns last year.”

Fitzpatrick started all 16 games for the Jets last season, throwing for 3,905 yards with 31 touchdowns and 15 interceptions, who has openly expressed a desire to play for the Jets. I like this breakdown, but that is only because I am a Bills fan…..