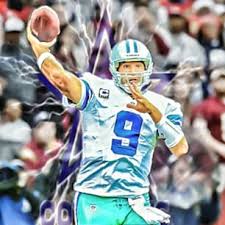 Tony Romo looks re-energized according to his QB coach.

Wade Wilson is the quarterbacks coach in Dallas Cowboys and he knows a thing or two about the position considering he was the quarterback for the Minnesota Vikings in the 90’s. Well the former QB himself, had some encouraging words for Dallas Cowboys fans, after working with Tony Romo. Romo is just a couple weeks removed from having shoulder surgery and his coach says he looks re-energized.

“He’s looking good,” Wilson said, via the Dallas Morning News. “We had two practices where we’ve been out here on the field with the guys and he’s done everything. He’s throwing, he’s got good velocity on all of his throws, great movement in his legs. He looks like he’s re-energized because he hadn’t played, you know, missed the majority of the season. So he’s real energized and anxious to get going.”

Romo has had problems with his shoulder in the past, so hopefully this surgery will get him right.  Romo is a very solid quarterback when healthy.  The Cowboys need to win this year, and having Tony Romo healthy is huge, for them.