Report: #Patriots CB Malcolm Butler wants a new contract before the start of the season 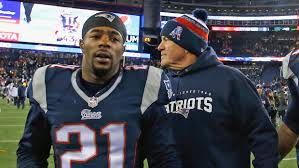 Malcolm Butler was signed by the New England Patriots as an undrafted free agent and he is making peanuts compared to the other Pro Bowl cornerbacks in the NFL.  Butler is reportedly not happy with his contract situation and is pushing to land a new contract before the start of the season according to Mike Reiss of ESPN.

Mike Reiss is reporting that Malcolm Butler has told teammates and friends that he plans to push for a new contract before the start of the regular season.

Butler is slated to make $600,000 this year and then become a restricted free agent next year, when the Patriots could keep him with a relatively low-cost tender offer. He will not have a ton of leverage, but if he holds out I am sure he could get something done.  The Patriots need him badly.  If they lose Butler they are screwed.