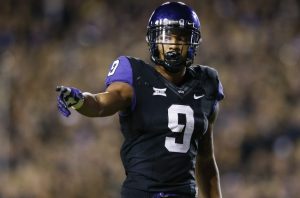 Today the Washington Redskins were busy. They were working hard to get their rookie players signed and under contract before their mini camp. The Skins signed six of their seven draft picks including first round pick Josh Doctson.

The team will also host Vernon Adams the former Oregon quarterback for their mini camp.  This is a huge chance for Adams, who just worked out for the Seahawks.