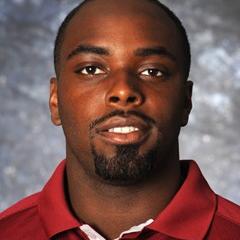 A couple years ago, Michael Bamiro of Stony Brook was applying for an extra year of eligibility, and was denied. When he applied for the Supplemental Draft he was not eligible. So Bamiro basically was a free agent, he found out late and was eventually signed.  He was recently waived by New York Giants, after 3 years in the NFL. We are hoping that Jermichael Selders will be able to land a shot as well.

Selders is in the same situation as Bamiro was. He is not eligible for the Supplemental Draft and was not given an additional year from the NCAA. So now he is currently an undrafted free agent. NFL teams could sign him tomorrow if they wanted him. He basically just became a free agent after being denied by the NCAA. Selders story is interesting though.  Before leaving high school Jermichael Selders was one of the most talented running backs in the country. There was only one thing holding him back.

The 6’0, 210 pound back struggled with his grades. We sat down with Jermichael and talked about his situation.

Tell us a little about your journey?

NMSU gave me an opportunity but the coaches didn’t know if they could depend on me because of my grades. I’ve struggled with grades my entire life never with the play book just with school it’s the reason I didn’t end up at Baylor with RG3 (where I signed to originally) or West Virginia with Geno Smith and Tavon Austin (where I committed to my JR year).

I ended up traveling to City College of San Francisco Junior College to become eligible, where we went to the Junior College National Championship. I re-opened my recruiting even though I struggled again academically and that’s when New Mexico State gave me an opportunity.  I arrived on campus early and had grade trouble again so I redshirted.

You tried making the switch to defense too right?

I tried to make the switch from offense to defense. I played safety, but would eventually end up back in the running backs room. It was not long before my grades slipped again after having my son & that is when coach Doug Martin taught me the importance of school which changed my life. he got me help sent me to Len my mentor/tutor she had me put hours in and it paid off I was able to raise my grades and become confident in my academics (Graduated with my Bachelors) .

You were ranked with some good names in high school, how does that make you feel now?

I feel like the forgotten man sometimes because running backs I was ranked with in the ESPN top 150 in HS & Junior College all went on to play to include: Daniel Lasco-Saints, Devontae Booker-Den, Todd Gurley-Rams, Brandon Williams-Ari and Trey Williams-Colts.

I just want a chance to prove myself that the speed & power is still there. I’m a physical guy with speed and power, I will play special teams , free safety, corner, or RB whatever is asked of me.

What is driving you?

My Mom needs 2 knee replacements and my son needs stability my dream is still within reach.

Jermichael Selders is a very solid back that could definitely help out a team, he is fighting time now because he was late to the draft party. By the NCAA not granting him another year of eligibility, and him not qualifying for the Supplemental Draft, Selders is hoping him telling his story will get him at least one shot.