Ray Rice is a way better man than me. I would likely still be sour that the NFL has blackmaled me from the NFL, but lets face it, this may be the only way he gets back into an NFL lockeroom. 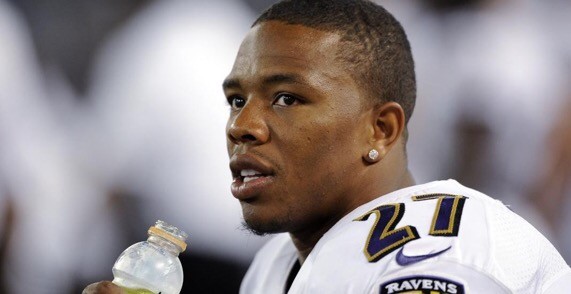 Rice was cut after the video was released where he struck his fiancee Janay Palmer.

The team says Ray’s session with the rookies is part of its “player engagement program” intended to teach them life lessons, according to TMZ Sports.

“Rice, who played for the Ravens from 2008-2014, delivered an important message that included his story, both the good and the bad.”