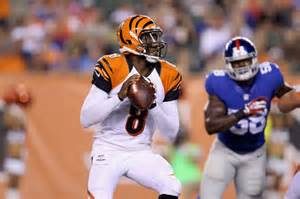 The Baltimore Ravens signed QB Josh Johnson and G Vlad Ducasse to a contract on Monday, according to Adam Caplan.

Ducasse was drafted by the New York Jets in the second round of the 2010 NFL Draft. Johnson played college football at San Diego, and was drafted by the Tampa Bay Buccaneers in the fifth round of the 2008 NFL Draft. Johnson has been a member of the Sacramento Mountain Lions, Cleveland Browns, San Francisco 49ers, Cincinnati Bengals and Indianapolis Colts.