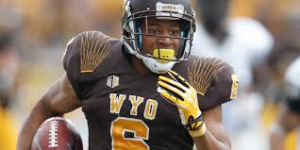 Robert Herron has signed by the Raiders

Debose was drafted in the seventh round of the 2015 NFL Draft by the Raiders. He played college football at Florida. He set the School record for the most return touchdowns and was tied for the SEC record with 5.

Herron was drafted by the Tampa Bay Buccaneers in the sixth round of the 2014 NFL Draft. He played college football at Wyoming.